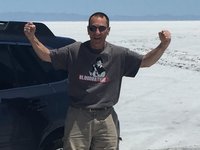 William (Bill) Murphy, passed away on June 9, 2020, peacefully with his wife by his side. Bill was born on February 24, 1944, in Somerville, MA to Marie Cuneo. He was raised in Chester, and graduated from Vinal Technical School specializing as a tool maker. His career started at Victor Tool, then he worked at Deep River Dye and Tool, Lee Company, and finally retired as a Materials Engineer from Pratt & Whitney at the age of 55. Bill commanded a room with his humor and inappropriate songs and jokes. He also had an undeniable ability to clear the room that he had just brought to life. His incredible generosity was only matched with his one liners. Those in his neighborhood knew the Bill salute, when driving by. He was a proud father who would try almost anything with his son, including, skiing, scuba diving and skydiving. He was the best father and husband and there was nothing he wouldn’t do for those he loved. He was an avid sports fan, lifelong coach and mentor to many who could attest to his determination and strength. When he wasn’t working out at the YMCA or meeting friends at Dunkin Donuts, he was helping neighbors and restoring motorcycles. After a life of riding a variety of motorcycles, including his prized 1934 Harley, it was a bicycle that took him far too soon. He is proudly survived by his eternally loving wife MaryAnn, son Joe, daughter-in-law Tara, nephew Bobby Johnson and his wife Leslie. He was blessed with many loyal lifelong friends and cousins. Private arrangements are in the care of the Robinson, Wright & Weymer Funeral Home in Centerbrook. In lieu of flowers, the family requests that memorial donations be made in his name to the Simon Foundation Inc. animal and adoption center, 120 Rescue Ln. Bloomfield, CT 06002, (860) 519-1516, where he adopted his trusted companion, Maggie. To share a memory of Bill or send a condolence to his family please visit www.rwwfh.com