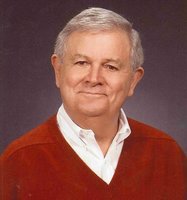 LAVOIE, RONALD A. Ronald A. Lavoie, beloved husband of Denise (Lambert) Lavoie, passed away peacefully on July 8, 2020 at home surrounded by his loving wife, children and family. Ron proudly served his country in the United States Army. Through his own determination and efforts, he graduated from Boston University College of Engineering with a degree in Mechanical Engineering. His great intellect and ambition propelled him up the career ladder at several prestigious companies culminating with President of the US subsidiary of the Germany Company called Hommel America which specializes in making custom-designed highly precision industrial metrology (measuring) solutions for in-line production. Prior to full retirement, he became Director of Engineering at Mahr Federal in Providence, RI. He had many avocations but the one that sustained him throughout his life was his love of cooking. His culinary skills evolved over his life and culminated with publishing a cookbook of his own “original” recipes called Everyday Gourmet – A Lifetime of Cooking (available on Amazon … forgive the blatant plug). He and Denise loved to sail on their 37’ Tartan named Jubilee. They sailed throughout Long Island Sound and Narragansett Bay mooring for days at their favorite ports. More lengthy sails took them to Atlantic City, Nantucket, Martha’s Vineyard and Maine and even a charter sailing the San Juan Islands and Vancouver in the Pacific Northwest. Once retired, he was able to devote time to another avocation of designing and making fine furniture. His creativity, sense of symmetry and desire for perfection made each piece a work of art. These treasures will withstand time and are cherished by each recipient. He was a volunteer at the Mystic Seaport and, again, used his woodworking skills to make all the blocks (pulleys) for the restoration of the Charles W. Morgan Whaling Ship. He was very proud to have worked on this project and it gave him much satisfaction. For his contributions, he was honored to be invited on the maiden voyage test sail which was a real thrill for him. Ron left his imprint on everyone who came into his life through his wit, charm, intelligence, storytelling, teaching, advising, honesty, laughter and overall good nature. Ron is survived by his wife of more than 23 years, Denise, whose marriage was the epitome of a love story. He is also survived by his three children Nicole Johnson, husband Jim and grandson Nate of Providence, RI; Suzanne Dell’Orfano, husband Joe and granddaughters Elesia and Lila of Gaithersburg, MD; and Jeffrey Lavoie, wife Lori and granddaughters Grace and Lily of Scarborough, ME. He also leaves his (favorite) sister Pauline and her husband Terry (“Bro”) Campbell of Torrington, CT; and brother Paul and his wife Patti Lavoie of Bristol, CT; sister-in-law Paulette Craddock of Brookeville, MD, and many nieces and nephews. A public graveside service using social distancing will be held on Saturday, July 18th at 11:00 am in the Centerbrook Cemetery at 37 Westbrook Rd., Centerbrook, CT where full military honors will be accorded. In honor of Ron’s culinary expertise, guests are invited to bring a sprig of their favorite herb. At the end of the service, using social distancing, you will have the opportunity to lay the herb on his casket as a final connection to him. In lieu of flowers, contributions may be made to the Mystic Seaport (Memo line: In honor of Ron Lavoie), 75 Greenmanville Ave, Mystic, CT 06355. These funds will be part of the Scholarship Camp Sailing Program that provides funds to those less fortunate who have a desire to learn to sail. All contribution amounts will be private unless specified otherwise by you. To share a memory of Ron or send a condolence to his family please visit www.rwwfh.com Arrangements are in the care of the Robinson, Wright & Weymer Funeral Home in Centerbrook.