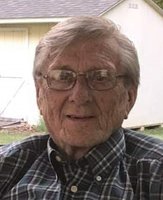 Jerome R. Srogi, Jr., 86, of Old Lyme passed away on Tuesday, July 14, 2020. He was the beloved husband of Judith (Dolan) Srogi for fifty eight years. Jerry was born in New Britain on December 16, 1933. He was the son of Jerome Sr. and Mary (Zembko) Srogi. Jerry was self-employed as a Home Remodeling Contractor. He resided in Berlin before retiring in Old Lyme at his home on Roger’s Lake where he enjoyed many family gatherings, boating, and the beauty of nature. Jerry had a deep passion for music. It sustained him throughout his lifetime. A talented, self-taught musician, he played several instruments. A day never went by without our music man, Jerry, listening to a beloved jazz tune or playing his keyboard. In his younger days, he played the drums in local bands. Jerry and his late brother Richard, a saxophone player, loved jamming together for all of their lives. Jerry had music in his heart and soul. Jerry was a kind, gentle, and devoted husband, father, and grandfather. “Pop” was incredibly proud of his children and grandchildren, attending numerous band concerts, dance recitals, and sporting events. He was a loyal and dependable husband and family-man, taking care of his mother, in-laws, aunts, and uncles in their elderly years. Family and friends could always count on Jerry for support. He enjoyed tinkering with projects, refurbishing antiques, and restoring his vintage 1957 Dodge pick-up truck with his son Jerry. On many occasions, he was treated to his favorite meals prepared by his daughter Nancy. His love of family and music were his greatest gifts. Jerry is survived by his loving wife Judy, his daughter Nancy and son-in-law Steven Sparaco, and his son Jerry Srogi III. He was a loving “Pop” to his four grandchildren, Sean, Brett, and Amy Sparaco as well as Jay Srogi IV. Jerry is also survived by his god daughter, Cindi Ciarcia and niece Colleen Courtis. Memorial contributions may be made in honor of Jerry’s dog Cara, to Poodle Rescue Connecticut Inc. , P.O. Box 188, Naugatuck, CT 06770. To share a memory of Jerry or send a condolence to his family please visit www.rwwfh.com Arrangements are in the care of the Robinson, Wright & Weymer Funeral Home in Centerbrook.