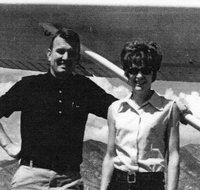 Donald Hanberg of Essex passed away July 11, 2020. He was born December 21, 1927 in Bremerton, WA to Oscar and Helen Hanberg and was a grandson of Washington pioneers Olaf and Margaret Hanberg. Donald was fortunate to grow up on the original homestead and spent his youth enjoying the company of his loving extended family. After graduating from Bremerton High School, he continued his studies at the University of Washington earning a B.S. in Forestry. Don’s lifelong love of the outdoors fueled his passion for both his profession and his pleasure. Following a several year stint of work in Alaska, Don, along with three friends, purchased a sailboat in Norway. They crossed the Atlantic, made transit through the Panama Canal, then north to San Diego. They sailed up and down the west coast spending time in various ports working to fund their adventure. Don traveled the world for his professional career as an ocean surveyor. He married co-worker Lyn Koelling in 1972 while working at Ocean Systems in Reston, VA. They moved to Essex in 1974 when the ocean survey division relocated to Old Saybrook where Don eventually formed his own survey company. Don and Lyn shared many happy years together and relished summers at Lyn’s family cabin in Tin Cup, CO, as far away both “ horizontally and vertically” (that’s a quote!) from the ocean as possible. Don’s keen intellect, his pursuit of knowledge and love of his family and friends will long be remembered. Donald is survived by his nieces and a nephew; Liza Bott (Ron) of Burlington, WA., Dan Peth (Rondi) of Bow, WA and Lana Peth (Henry Milczuk) of Portland, OR. He was preceded in death by his wife Lyn Hanberg, his parents, sister Dorothy Peth and brother Terry Hanberg. He will be interred in the family plot at Forest lawn cemetery in Bremerton, WA. A family service will be held at a later date. Memorials are suggested to the charity of your choice. To share a memory of Don or send a condolence to his family please visit www.rwwfh.com Arrangements are in the care of the Robinson, Wright & Weymer Funeral Home in Centerbrook.